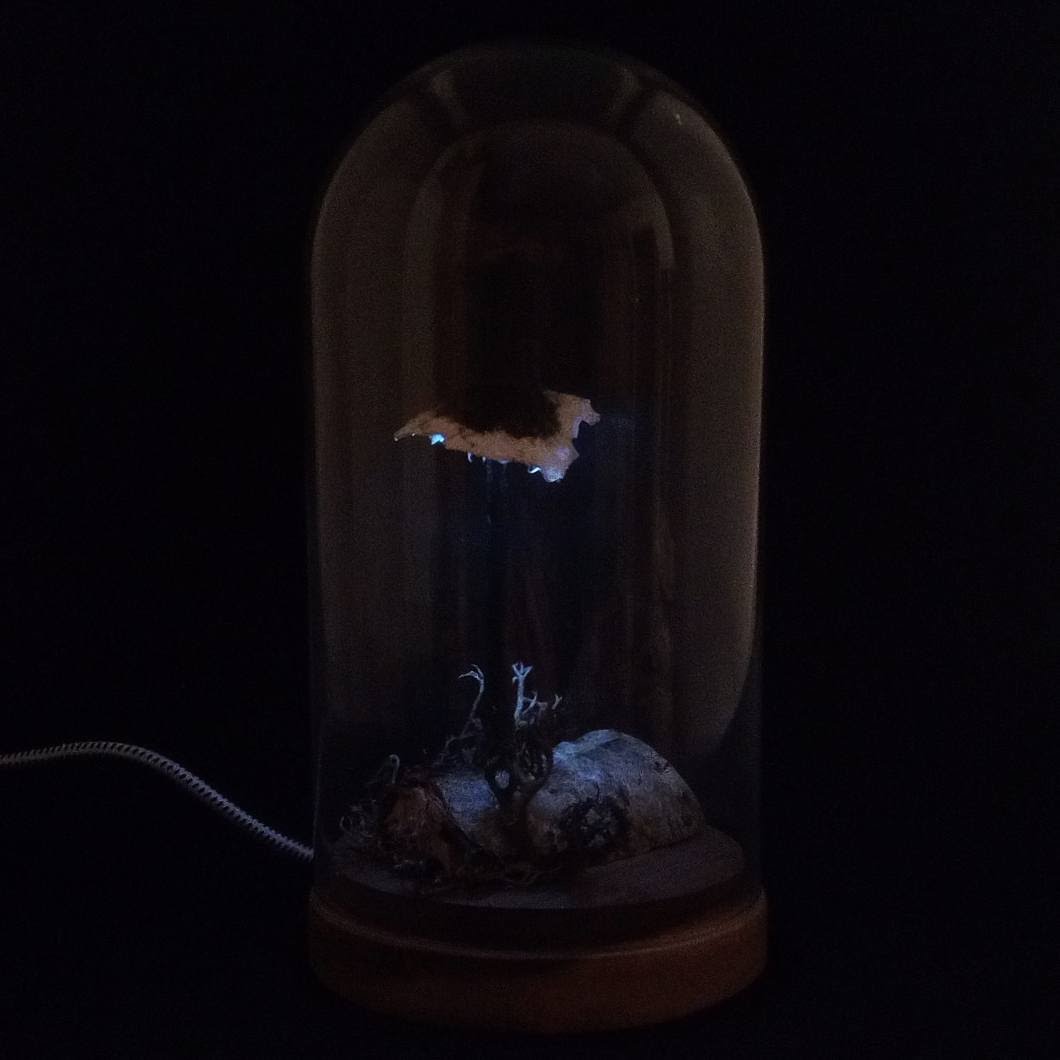 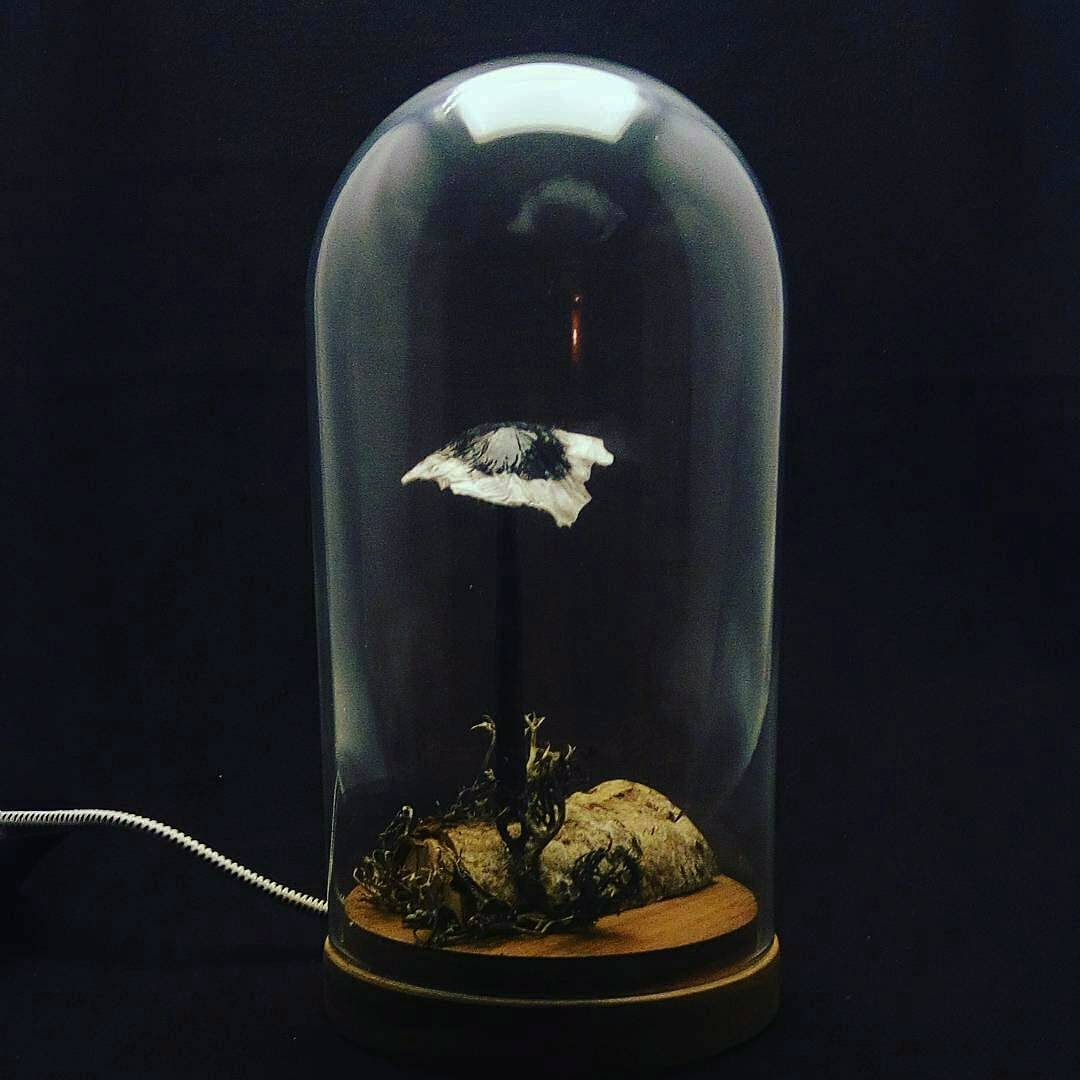 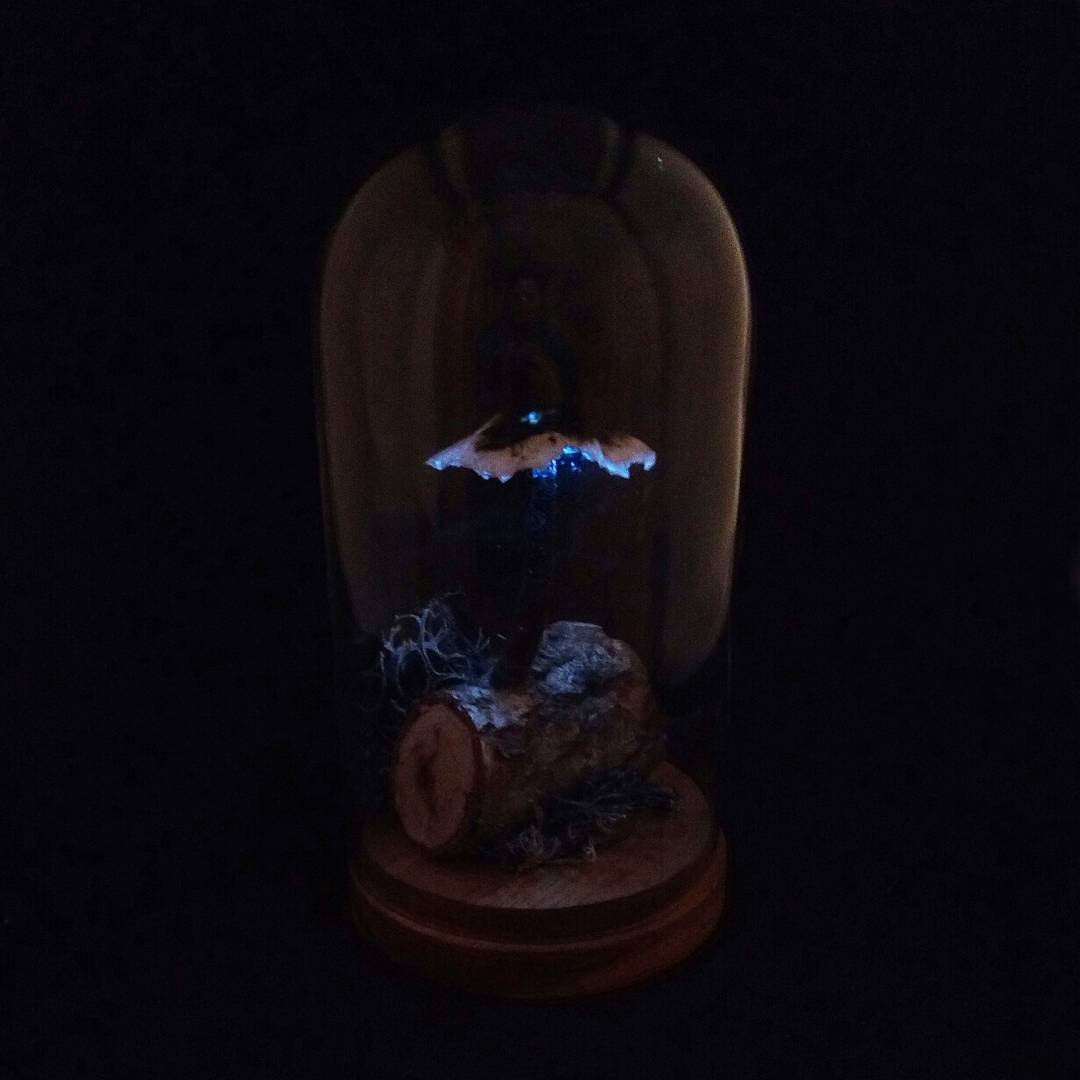 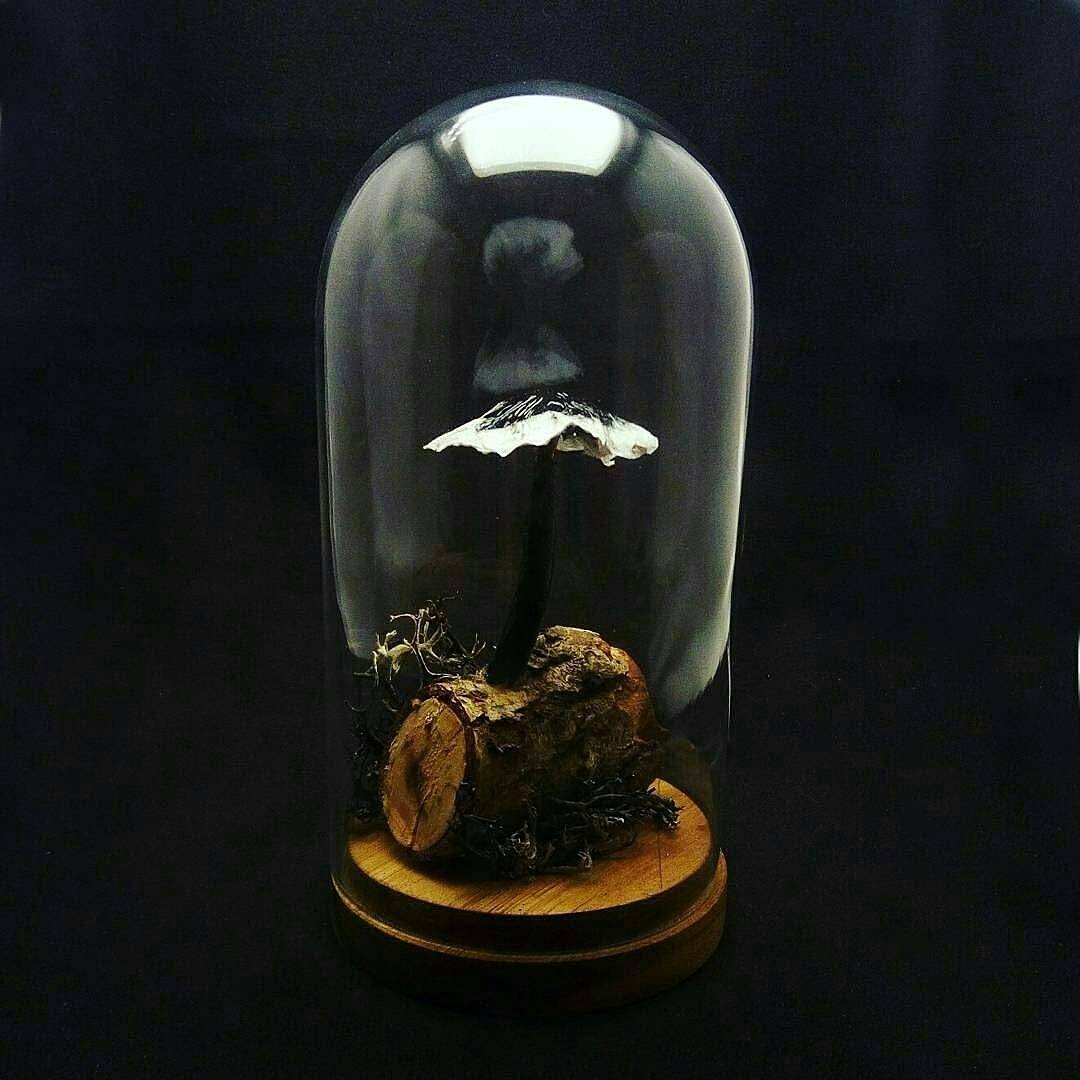 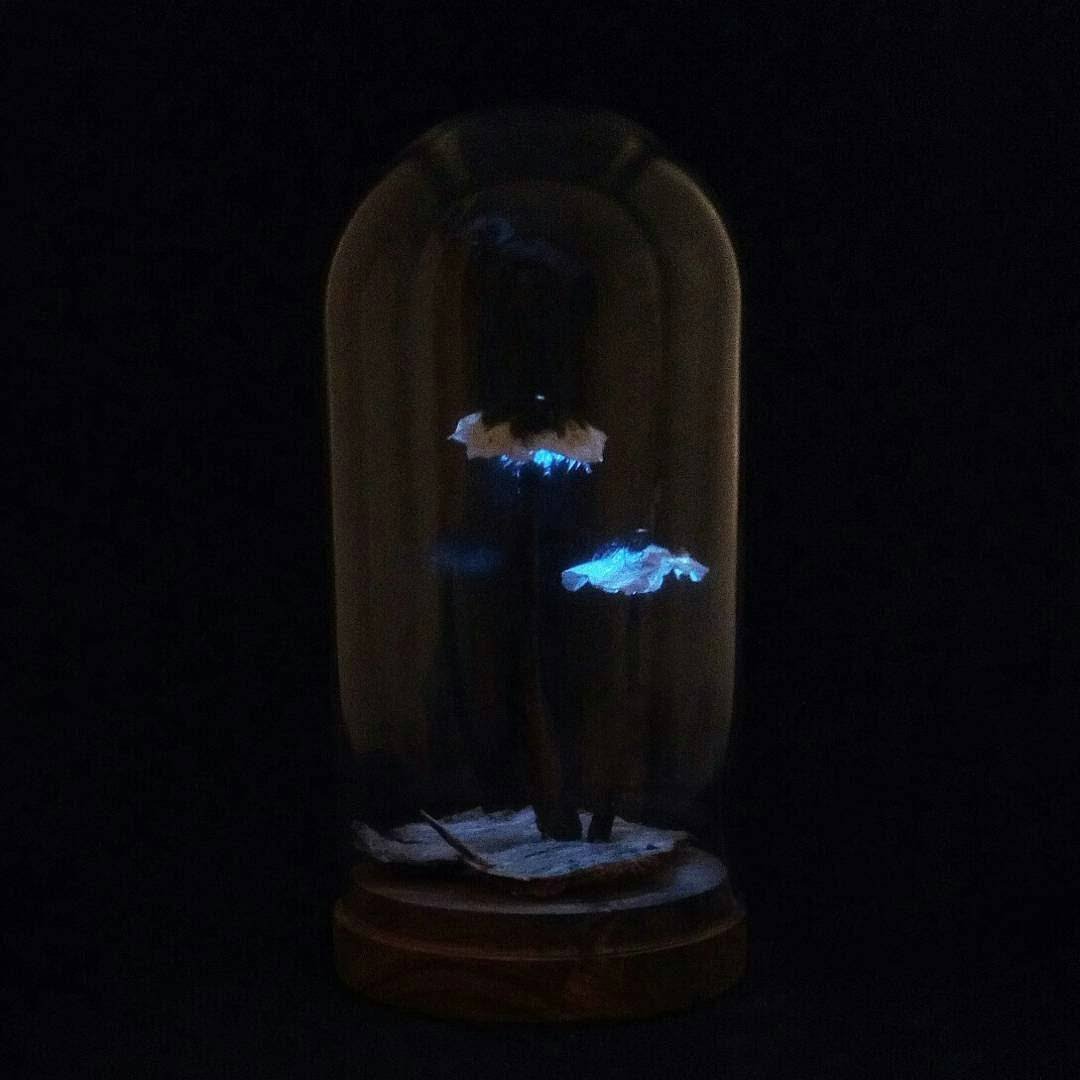 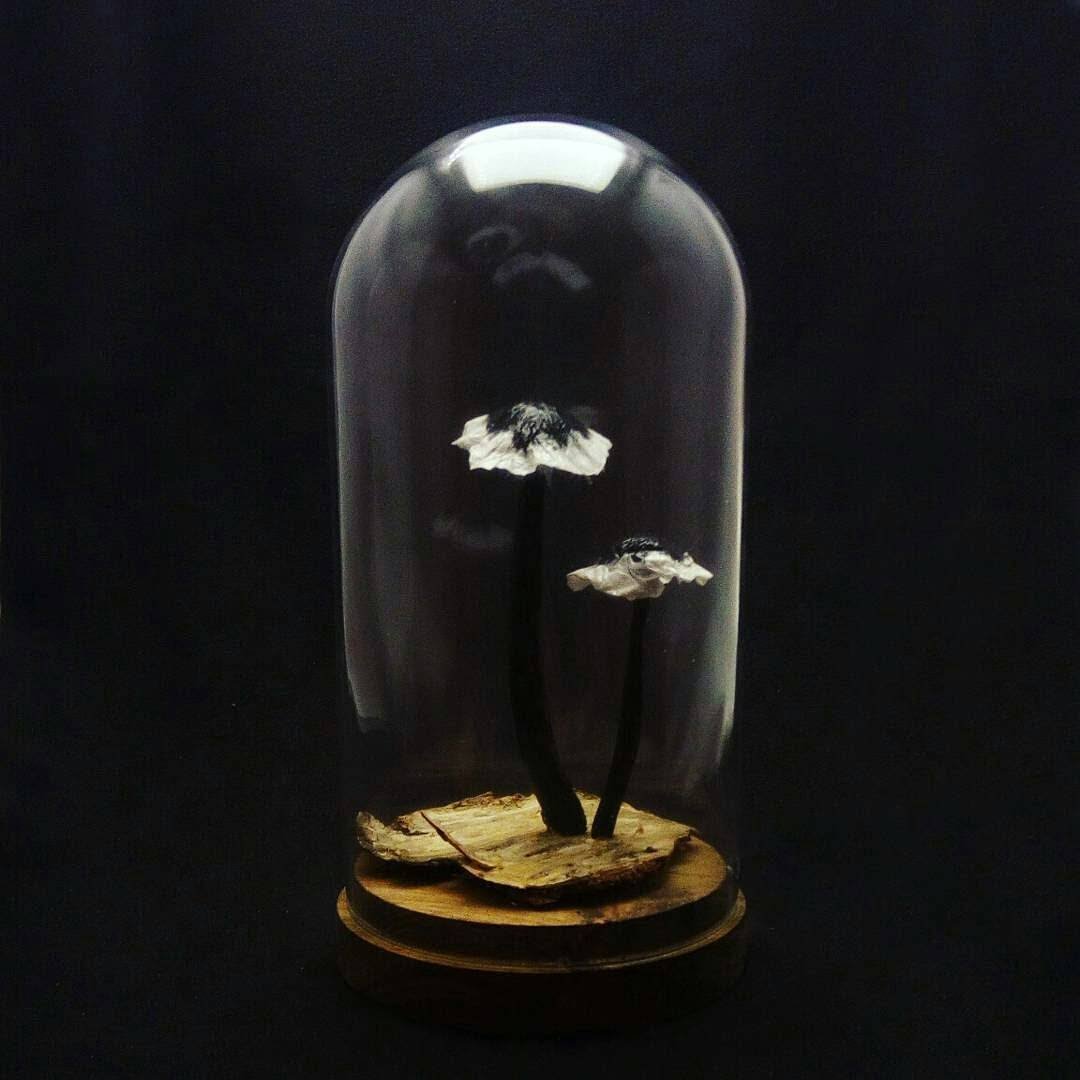 Inocybe betula is the very first series of wisp lights. There are three lights, two with a single mushroom, one with two mushrooms. They are very minimalistic in design and focus on the black and white contrast in the mushroom caps.

Inocybe is a large genus of mushroom-forming fungi. Members of Inocybe are mycorrhizal, and some evidence shows that the high degree of speciation in the genus is due to adaptation to different trees and perhaps even local environments.

The Inocybe betula series has very high contrast mushroom caps with a purely black center and white fringe on a black stalk. All mushrooms have an embedded light and are placed on birchwood, some with white and grey moss. They emit a soft blueish white light, best enjoyed as a night light or in low to no light.